Well done to all who took part in the Dublin Graded meeting in Tallaght Stadium on Wednesday 27th April 2022. Nearly 200 athletes competed in the 100m (66 ran), 800m (72) and 3,000m (35). The field events were the Hammer (5), High Jump (6) and Shot Put (8). The full results are in the Graded Results site. Pictures are on our Dublin Athletics Facebook site and in the 2022 Gallery. Many thanks to the Tallaght Stadium team for hosting a successful night's track and field and the many volunteers who helped.

The first of the Eight Meeting Series was held in Tallaght on Wednesday April 27th. with over 200 athletes in action. It was a good evening for two young runners as both Cormac Dixon of Tallaght and Darragh Mulroney of Moy Valley both achieved the Standard for the 3000m in the forthcoming EYOF Competition. The race was won by Rory O’Connor of North Cork, who picked up the pace in the last Kilometre to clock 8.42.26. Followed to the finish by Cormac Dixon from the host club 8.49.11 to the delight of his Coach Cecil Johnson, and Darragh Mulroney 0f Moy Valley also inside the Qualifying Standard.

The fastest Sprinter in action was Akinola Tolowabori from Fingallians who clocked 10.78 in the Men's 100m with Lelia Colfer from St. Laurence O'Toole the fastest women in 12.29. Lucy Moore displayed her versatility in the Field events. Throwing 25.40 in the Hammer and clearing 1.05 to win the Women's High Jump. Mustaf Nasir of Tallaght clocked 1.56.72 to win the Men's 800m with Victoria Lightbody of City of Lisburn winning the Women's 800m. 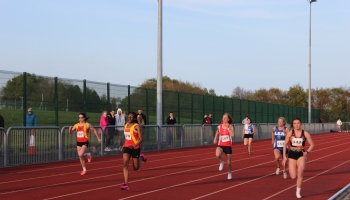 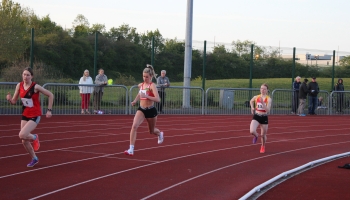 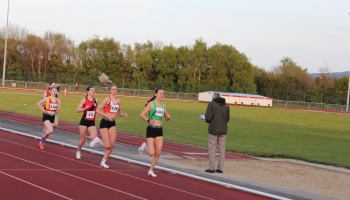 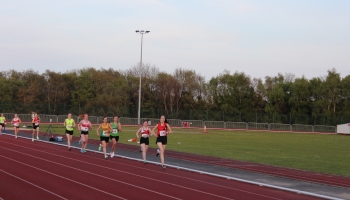 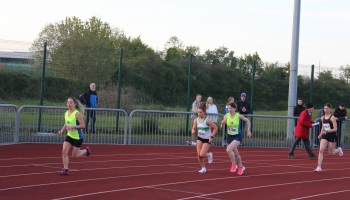 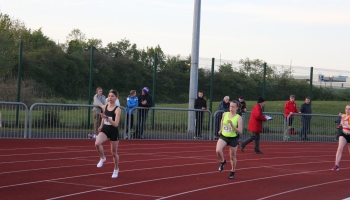 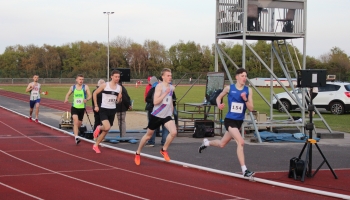 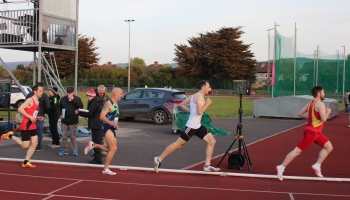 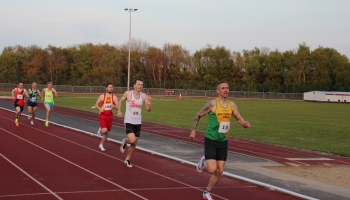 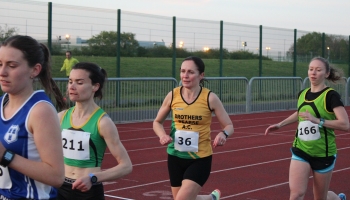 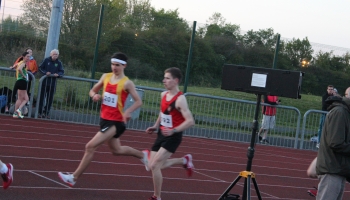 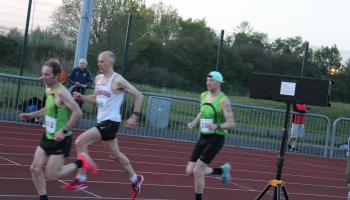 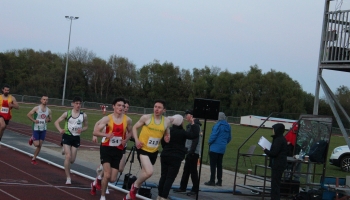 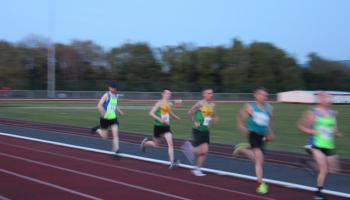 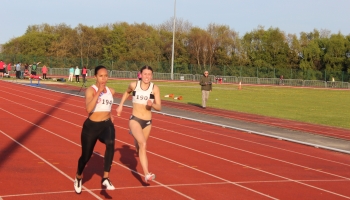 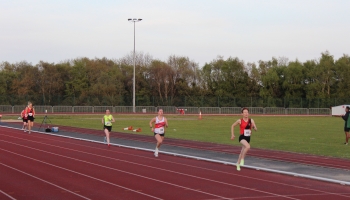 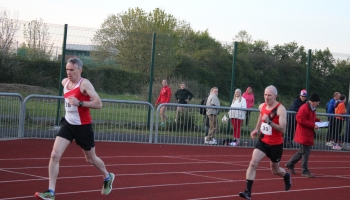